This page refers to the singleplayer level. For the multiplayer map, see Vegas Ruins.

Vegas in Ruin is the sixth chapter of Duke Nukem Forever.

After exiting the Lady Killer Casino, Duke meets up with Dylan and several EDF soldiers. After receiving the Ripper (and rejecting Master Chief armor) from a truck, Duke mounts a turret and mows down several Aliens. After making his way through the ruined Las Vegas, Duke meets up with more EDF soldiers in a pit. Duke clears the area, not long after, a Battlelord crashes through the pit wall. A battle insues, ending with Duke punching the Battlelord "Right in the jewels" and killing him. Dylan breaks out of a sewer pipe nearby. Duke heads into the pipe, leading into The Duke Dome.

There is one helmet on this level. It cannot be worn, but it is one of three helmets that must be found throughout the game in order to unlock the "Bucket Head" achievement: 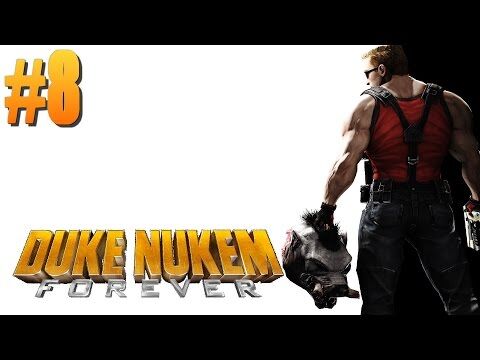 Retrieved from "https://dukenukem.fandom.com/wiki/Vegas_in_Ruin?oldid=35890"
Community content is available under CC-BY-SA unless otherwise noted.