The Duke Cave is the third chapter of Duke Nukem Forever.

The level begins as Duke descends down from his throne into the main room of the Duke Cave. Duke walks up to two monitors, General Graves being on the left, and The President being on the right. The President warns Duke to stay out of the alien business and informs Duke that he is off to meet the Cycloid Emperor to negotiate peace. Graves, being a long time friend of Duke, laments when he tells Duke it is best that the two let the President handle it. As Graves signs out, the monitors flash orange and display a Hotel Evacuation message. Duke heads to the back of the room while saying he has a bad feeling about the situation. In an elevator, he sees aliens crawling over his Super Turret and now really has a bad feeling. After a keycard issue (reference to Duke Nukem 3D), an Assault Trooper tries to pry open the door only to taste Duke's knuckle sandwich. Duke goes through the door and fights a few more Troopers to come to his personal workout room.

After working out a little and playing Balls of Steel, he notices a Trooper trying to rip open a panel on the wall. Duke rips it off himself to reveal a small alcove, he crawls in and after some exploring, he drops down on some more troopers. He takes an AT Laser off one and fights a few more only for the power to go out. A computer tells him to turn on his Dukevision. After some more exploring and fighting, he finds the reactor room and is instructed by the computer to replace the reactor cores. Aliens pour in as Duke replaces two of the cores, but Duke beats them to a pulp (literally) after chugging down some newly found steroids. Out of cores, Duke raids a nearby room and kills all of the aliens inside only to find the third and last core behind a window in a blocked off room and an RC Car Controller.

After one big Shadow Warrior reference and RC Car puzzle later, Duke gets the last core and implants it into the reactor. The computer compliments him and he is given his special golden M1911 pistol. He then finds the turret seen earlier and kills the aliens trying to destroy it. As he mounts the turret, the platform rises to the roof and the level ends to make way for the Mothership Battle.

There are six new ego boosts on this level that cannot be found on any previous level: 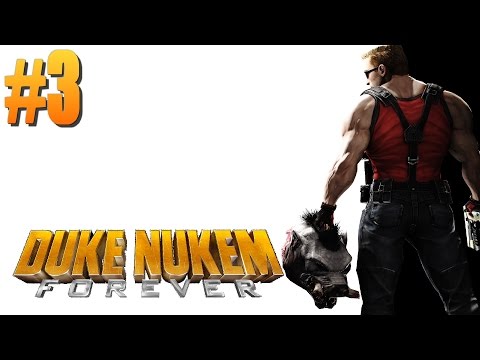