My Digs is a singleplayer map in Duke Nukem Forever that is accessible only from the multiplayer menu.

The map is set in Duke Nukem's penthouse, and it acts as a kind of reward system based on the player's progression in multiplayer. It also features several mini-games from the singleplayer campaign that can be replayed at any time.

On My Digs, players can customize the interior of Duke's penthouse by spending points obtained during multiplayer. Unlockable content includes portraits, trophies, statues, and other furniture.

The unlockable characters include: 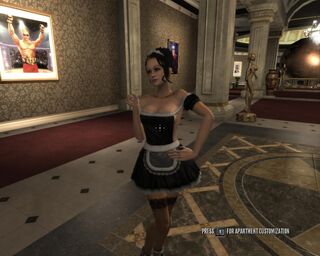 Kitty Pousoix at the entrance 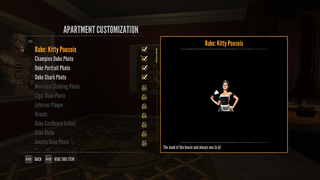 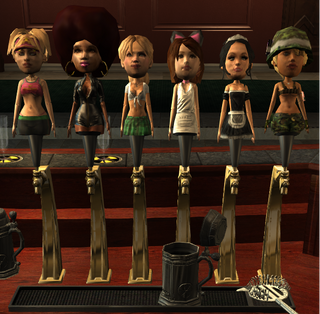 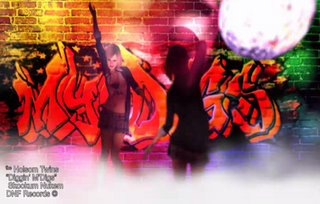 View out the penthouse window

"The Creation of Duke," a mural on the ceiling
Add a photo to this gallery
Retrieved from "https://dukenukem.fandom.com/wiki/My_Digs?oldid=36682"
Community content is available under CC-BY-SA unless otherwise noted.