Mothership Battle is the fourth chapter of Duke Nukem Forever.

Duke ascends with his turret from The Duke Cave and encounters the Mothership in her full "glory", with a gunship strafing around her. Duke locks on to the Mothership's main core and shoots at it. The ship itself initially cannot damage you, but dropships dropping off Assault Troopers and fleets of fighters in threes are constantly deployed at Duke, requiring you to at least destroy the middle fighter when they fly over you. Eventually, Duke destroys the core and it thumbles down in pieces. At this moment, a gunship crashes into a platform, hurling straight at Duke, knocking him off the turret and into The Lady Killer casino ventilation system, but not before he triumphantly gives the middle finger to the Mothership.

4 hours later, he wakes up in the turret launch room and enters a ventilation shaft. After a little tunneling around, he makes his way to an elevator shaft. 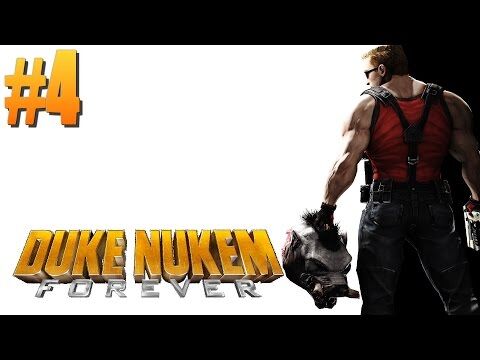