Final Battle is the final level and 23rd chapter of Duke Nukem Forever.

After setting the charges and destroying most of the Hoover Dam, Duke is helped up by an EDF solider, and the soldier gives him a gold M1911.

When Duke gets up he goes over to where the President and his bodyguard are waiting. The president once again blames the entire conflict on Duke Nukem, and proceeds to call in a Nuclear Strike on their position, to wipe out the remainder of the alien forces since the president believes there is now no chance of an alliance and he intends for Duke Nukem to die too for being what he considers to be the root of the problem. Everyone present at this time believes the Cycloid Emperor has fled which is most likely the reason the president had no intention of further negotiations as the Cycloid Emperor was the one the president was attempting to negotiate with.

Eventually Duke Nukem pulls out the final life support cable on the Cycloid Emperor and his eye falls out. Duke Nukem then pisses into the eye socket. After that General Graves arrives on a drop ship; he warns Duke that the presidents orders for the Nuclear strike are still in effect; Duke runs over to the drop ship and grabs General Graves arm and is airlifted out of the area . He and General Graves escape just as the Nuclear Strike hits the area.

If the player does not grab General Graves arm after a certain length of time the Nuclear Blast will hit the area and kill them. It's a minor inconvenience however as a checkpoint is saved right after Duke pisses into the Cycloid Emperors brain so they only go back to the point where General Graves arrives. 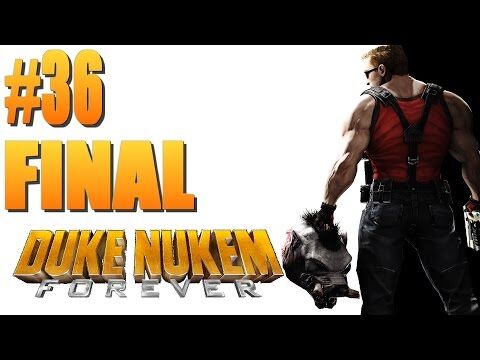 Add a photo to this gallery

Retrieved from "https://dukenukem.fandom.com/wiki/Final_Battle?oldid=35348"
Community content is available under CC-BY-SA unless otherwise noted.