Duke Nukem's Penthouse Paradise is an official add-on level for Duke Nukem 3D, jointly published by Penthouse Magazine and GT Interactive. It is free to download and can be played with either the original version of Duke Nukem 3D or the Atomic Edition. It was conceptualized and developed by Jeffrey D. Erb and Mark Farish of Intersphere Communications. It was released on May 1, 1997 on GT Interactive's and Penthouse Magazine's respective websites.

Penthouse Paradise is the only official add-on for Duke Nukem 3D that is available for free.

The original game file was accompanied by a text file called “penthous.txt”, that has the following description:

Inquiring minds and the tabloids have been dying (and not by Duke's hands) to find out what happened to our intergalactic hero when he went for "...a little R&R." Finally, this shocking level reveals all!

While Duke was trying to establish a little "beach-head," the Aliens have dropped in to break up his fun in the sun and spoil a couple of Penthouse photo shoots to boot. It's up to our man, Duke Nukem, to save the day - again.

With no time to play with his favorite "Pets" or work on his tan, Duke Nukem says, "Somebody's gonna friggin' pay for screwin' up my vacation!"

Will Duke save the day, the shoots, and finally get that babe, a stogie and a bottle of Jack? It's up to you to find out!”

This add-on features new in-game assets not found in the base game:

Hint: The Battlelord Sentry serves as a boss for this add-on. It appears at the end of the level, but you don't have to kill him, just pass by him. The button to end the level will appear hidden inside of the pool from where you found him.

There are also three other secret passages that are not counted as secrets: 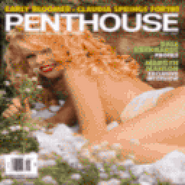 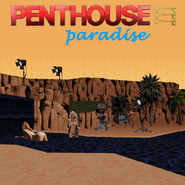