Damn! It's Late... is the second chapter and level of Duke Nukem Forever.

After taking the elevator from the 69th to the 1st floor for his interview on Johnny O'Lenoman's talk show "Damn! It's Late...", Duke is greeted by screaming fangirls from behind the door in the left corridor, watched by one of his guards. Moving forward, he can use a snack machine, soda machine and a cigarette box dispenser at the right. Going on, a special News 17 bulletin is broadcasted about the aliens having invaded the Duke Burger on the Vegas strip.

Duke heads to the stage where a father introduces his son to him, who is a big fan of his. The boy asks Duke to sign his copy of Duke's autobiography "Why I'm So Great". After signing, Duke proceeds to the curtains for his scheduled appearance on the late show, only to be told by Johnny that the show has been canceled for the night due to the recent alien invasion. Duke remarks: "I gotta find out what the hell is going on around here."

He enters the set to find an executive throwing a hissy fit at a stagehand and knocks him out with a punch. Ending up at several other corridors with more objects that can be interacted with and rooms to be entered, the people become more and more distressed by the attack, with the power flashing on and off.

Duke takes another elevator to the Duke Museum observatory room, but the elevator goes off, forcing Duke to use the emergency ladder and force open the elevator door with his hands. The power keeps flashing and it is announced that the Duke Museum is closing. There, he sees an annoying teen standing on his throne. Duke hits the picture button to make him go away and descends into The Duke Cave.

There are two new ego boosts on this level that cannot be found on any previous level: 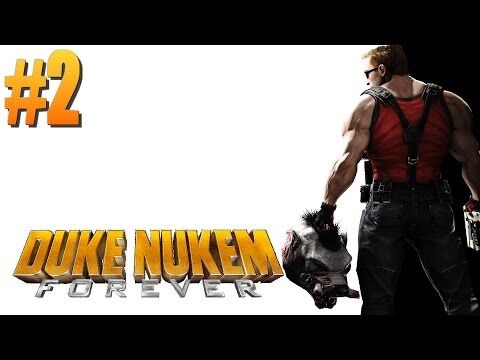