Duke Nukem Forever
Shelly "Bombshell" Harrison was originally planned to appear as Duke Nukem's sidekick in Duke Nukem Forever. She was scrapped from the final version of the game, but she has since appeared as the main protagonist in two games of her own.

The only in-game shots of Bombshell in Duke Nukem Forever were shown in the game's 1998 E3 trailer. In the trailer, she is seen with Duke in the mine caves of Nevada, hitting switches and avoiding traps. She is also shown dodging fire from a flying saucer, boarding a drop shuttle, and speaking face-to-face with Duke. She was cut from later trailers, and she was ultimately scrapped from the project altogether. In the final release, Dylan replaces her as Duke's sidekick, but he is not as central to the game's storyline as Bombshell was in earlier drafts.

In 2014, the development of Duke Nukem: Mass Destruction took a new direction when, in response to mounting legal pressure from Gearbox Software, Interceptor Entertainment stripped the game of all references to Duke Nukem. Given that 3D Realms had recently been acquired by the same holding company as Interceptor Entertainment, it was decided that the game would instead be based around Bombshell, the intellectual property of 3D Realms, as a partial appeasement to Duke Nukem fans. The game was eventually finished and released in 2016 under the title Bombshell.

Bombshell is currently the intellectual property of 3D Realms, as she was never included in any agreement with Gearbox Software. Following a legal settlement between 3D Realms and Gearbox Software in 2015, she was redesigned in every aspect except for her nickname. She has since been featured in a few games of her own: 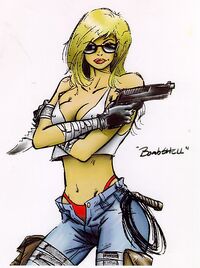 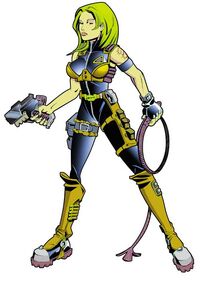 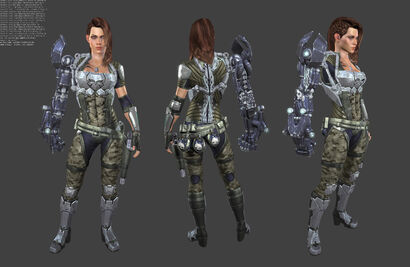 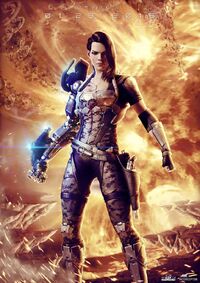 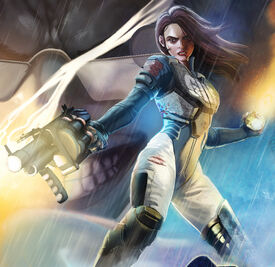 Bombshell on the front cover of Ion Fury 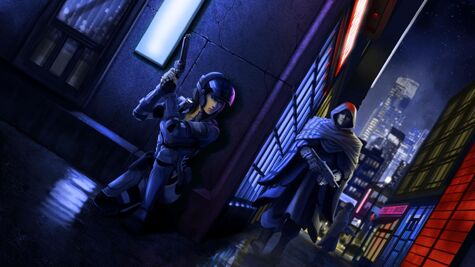 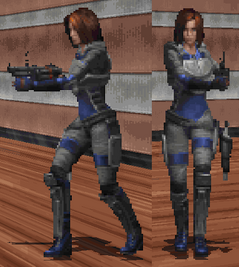 Bombshell as a playable character in Ion Fury 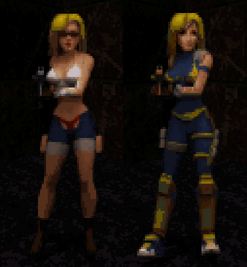 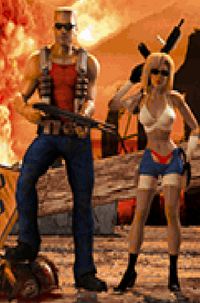 Bombshell on the level-end screen in Duke Nukem: Alien Armageddon 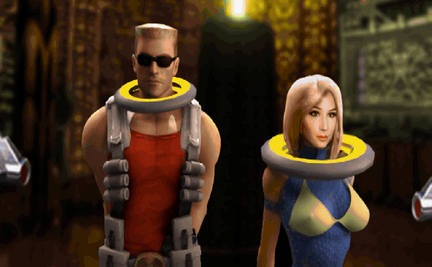